The Neon is a chemical element (gas) with an atomic symbol Ne and atomic number 10, it has a molar mass equal to 20.2 g / mol.

The word "Neon" comes from the Greek word "Neos" which means "new". This name would have been suggested to its discoverer, William Ramsay , by his thirteen year old son, who asked him for the name of this "new" gas.

In the periodic table, it is located in the second period , in the eighteenth column. Neon belongs to the family of noble gases. As it has 10 electrons then Its electronic structure is therefore as follows: (K)2 (L)8.

Below we are going to cover the properties & electronic configuration of Neon gas as well as its application.

In 1898 Neon was discovered by a pair of British chemists: William Ramsay and his assistant Morris Travers.

After his discovery of Argon, William Ramsay suspected the existence of elements of the same family, which are also chemically inert and therefore very difficult to detect.

The Linde-Hampson gas liquefaction process was developed in 1895. William Ramsay then used this process to liquefy air and subjected it to a distillation, which enabled him to discover not only Neon but also Krypton and Xenon. 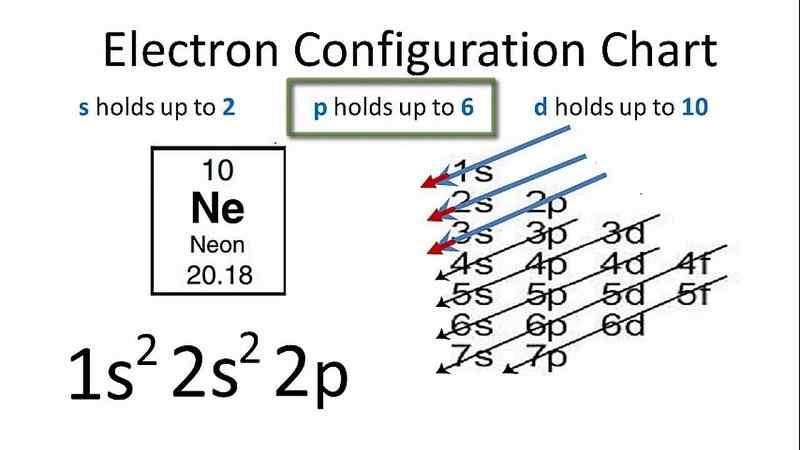 Neon has 10 electrons, we can fill the electron shells as below:

Among them, the isotope with mass number A = 24 is the one with the longest half-life, estimated at 3.38 minutes.

All the others have half-lives of less than a minute, or even less than a second for many of them.

What is the oxidation state of Neon?

What are the quantum numbers of Neon?

What is the ionization energy of Neon?

What is the atomic mass of neon?

Neon has an atomic mass of 20.1797 g / mol. Its atomic number is 10 so it has 10 protons. Neon is a practically inert gas, so like all rare gases, it does not react with other elements.

What is the number of valence electrons in neon?

Neon has eight valence electrons like all rare gases. The last electronic layer of neon is full so it neither gives nor receives electrons.

What are the applications of Neon?

The major applications of Neon are related to the field of lighting.